This week’s Top Ten features the books I’ve recently added to my TBR. To mix it up a little, however, this Top Ten only features classics as there are far too many I need to read and I keep intending to compile a list – and then don’t! In no particular order, here are this week’s Top Ten… Classics I’ve Recently Added to my TBR:

And Then There Were None

First, there were ten – a curious assortment of strangers summoned as weekend guests to a private island off the coast of Devon. Their host, an eccentric millionaire unknown to all of them, is nowhere to be found. All that the guests have in common is a wicked past they’re unwilling to reveal – and a secret that will seal their fate. For each has been marked for murder. One by one they fall prey. Before the weekend is out, there will be none. And only the dead are above suspicion.

The Master and Margarita

Mikhail Bulgakov’s devastating satire of Soviet life was written during the darkest period of Stalin’s regime. Combining two distinct yet interwoven parts—one set in ancient Jerusalem, one in contemporary Moscow—the novel veers from moods of wild theatricality with violent storms, vampire attacks, and a Satanic ball; to such somber scenes as the meeting of Pilate and Yeshua, and the murder of Judas in the moonlit garden of Gethsemane; to the substanceless, circus-like reality of Moscow. Its central characters, Woland (Satan) and his retinue—including the vodka-drinking black cat, Behemoth; the poet, Ivan Homeless; Pontius Pilate; and a writer known only as The Master, and his passionate companion, Margarita—exist in a world that blends fantasy and chilling realism, an artful collage of grotesqueries, dark comedy, and timeless ethical questions.

Though completed in 1940, “The Master and Margarita” wasn’t published in Moscow until 1966, when the first part appeared in the magazine “Moskva.” It was an immediate and enduring success: audiences responded with great enthusiasm to its expression of artistic and spiritual freedom.

Who can forget our beloved gentleman’s personal gentleman, Jeeves, who ever comes to the rescue when the hapless Bertie Wooster falls into trouble. My Man Jeeves is sure to please anyone with a taste for pithy buffoonery, moronic misunderstandings, gaffes, and aristocratic slapstick.

‘Demobilised officer, finding peace incredibly tedious, would welcome diversion. Legitimate, if possible; but crime, if of a comparatively humorous description, no objection. Excitement essential… Reply at once Box X10.’

Hungry for adventure following the First World War, Captain Hugh ‘Bulldog’ Drummond begins a career as the invincible protectorate of his country. His first reply comes from a beautiful young woman, who sends him racing off to investigate what at first looks like blackmail but turns out to be far more complicated and dangerous.

The rescue of a kidnapped millionaire, found with his thumbs horribly mangled, leads Drummond to the discovery of a political conspiracy of awesome scope and villainy, masterminded by the ruthless Carl Peterson.

Thorne Smith is a master of urbane wit and sophisticated repartee. Topper, his best-known work, is the hilarious, ribald comedy on which the hit television show and movie (starring Cary Grant) were based.

It all begins when Cosmo Topper, a law-abiding, mild-mannered bank manager, decides to buy a secondhand car, only to find it haunted by the ghosts of its previous owners–the reckless, feckless, frivolous couple who met their untimely demise when the car careened into an oak tree. The ghosts, George and Marion Kerby, make it their mission to rescue Topper from the drab “summer of suburban Sundays” that is his life–and they commence a series of madcap adventures that leave Topper, and anyone else who crosses their path, in a whirlwind of discomfiture and delight.

As enchanting today as it was when first published in 1926, Topper has set the standard in American pop culture for such mischievous apparitions as those seen in The Ghost and Mrs. Muir, Heaven Can Wait, Beetlejuice, and Bewitched. 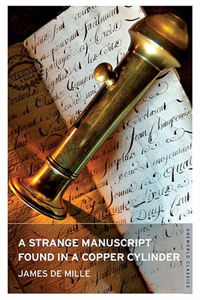 A Strange Manuscript Found in a Copper Cylinder

Four sailors discover a copper cylinder containing a manuscript written by the adventurer Adam More, who was shipwrecked in the southern hemisphere. They read its contents out loud to one another, and the incredible story unfolds—his journey through a subterranean tunnel to a lost world that survives at the foot of a volcano. This strange utopian society, in which humans coexist with prehistoric animals, is the antithesis of Victorian England, as poverty is preferred to wealth and darkness to light. At once a timeless satire and a pioneering work of the science fiction genre, this story is bound to enthrall readers today and revive James De Mille’s reputation as a writer ahead of his time.

The Woman in White

‘In one moment, every drop of blood in my body was brought to a stop… There, as if it had that moment sprung out of the earth, stood the figure of a solitary Woman, dressed from head to foot in white’

The Woman in White famously opens with Walter Hartright’s eerie encounter on a moonlit London road. Engaged as a drawing master to the beautiful Laura Fairlie, Walter becomes embroiled in the sinister intrigues of Sir Percival Glyde and his ‘charming’ friend Count Fosco, who has a taste for white mice, vanilla bonbons, and poison. Pursuing questions of identity and insanity along the paths and corridors of English country houses and the madhouse, The Woman in White is the first and most influential of the Victorian genre that combined Gothic horror with psychological realism. 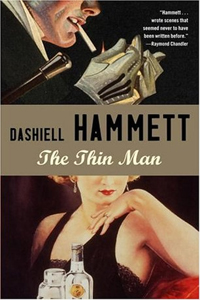 Nick and Nora Charles are Hammett’s most enchanting creations, a rich, glamorous couple who solve homicides in between wisecracks and martinis. At once knowing and unabashedly romantic, The Thin Man is a murder mystery that doubles as a sophisticated comedy of manners. 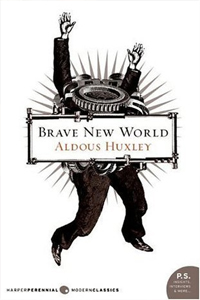 Far in the future, the World Controllers have created the ideal society. Through clever use of genetic engineering, brainwashing and recreational sex and drugs, all its members are happy consumers. Bernard Marx seems alone harbouring an ill-defined longing to break free. A visit to one of the few remaining Savage Reservations, where the old, imperfect life still continues, may be the cure for his distress…

Huxley’s ingenious fantasy of the future sheds a blazing light on the present and is considered to be his most enduring masterpiece.

In the decaying city, besieged by an unnamed epidemic, he becomes obsessed with an exquisite Polish boy, Tadzio. “It is the story of the voluptuousness of doom,” Mann wrote. “But the problem I had especially in mind was that of the artist’s dignity.”

What’s new on your TBR? If you would like to join in with Top Ten Tuesday, head on over to The Broke and the Bookish and sign up!