| The Waking Fire by Anthony Ryan |

After last month’s reveal of the UK edition of The Waking Fire, Anthony Ryan has just revealed the US cover for the first novel in his Draconis Memoria Series. Whilst entirely different to the UK’s offering, this cover from Ace sparks the imagination and hints at another facet of this intriguing premise. With Da Vinci-esque illustrations and a parchment map wreathed in flame, it might not have the sheer power and beauty of the UK cover, but it certainly has its own charms to recommend it. But no matter the cover, one thing seems certain – The Waking Fire looks set to be be one of my summer reading highlights. 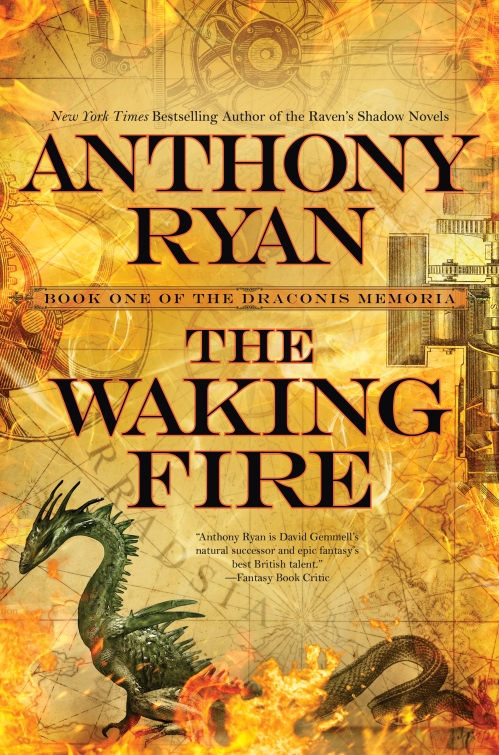 Book One of the Draconis Memoria 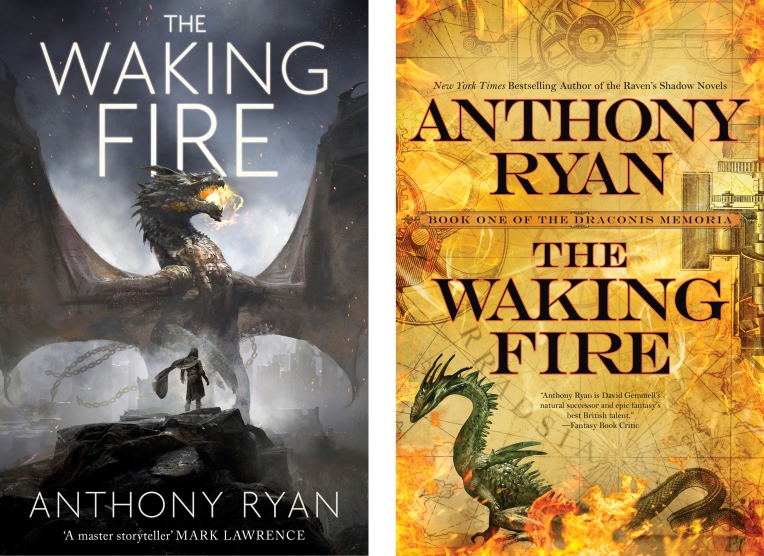 Throughout the vast lands controlled by the Ironship Syndicate, nothing is more prized than the blood of drakes. Harvested from the veins of captive or hunted Reds, Green, Blues and Blacks, it can be distilled into elixirs that give fearsome powers to the rare men and women who have the ability harness them—known as the blood-blessed.

But not many know the truth: that the lines of drakes are weakening. If they fail, war with the neighboring Corvantine Empire will follow swiftly. The Syndicate’s last hope resides in whispers of the existence of another breed of drake, far more powerful than the rest, and the few who have been chosen by fate to seek it.

Claydon Torcreek is a petty thief and an unregistered blood-blessed, who finds himself pressed into service by the protectorate and sent to wild, uncharted territories in search of a creature he believes is little more than legend. Lizanne Lethridge is a formidable spy and assassin, facing gravest danger on an espionage mission deep into the heart of enemy territory. And Corrick Hilemore is the second lieutenant of an ironship, whose pursuit of ruthless brigands leads him to a far greater threat at the edge of the world.

As lives and empires clash and intertwine, as the unknown and the known collide, all three must fight to turn the tide of a coming war, or drown in its wake.

What do you think of the cover for The Waking Fire? Which edition do you prefer?

13 thoughts on “Cover Reveal: The Waking Fire by Anthony Ryan – US Edition”