Book Two of The Chronicles of the Exile

Having not read the first novel in the Chronicles of the Exile, When the Heavens Fall, I was a little reticent about embarking on a literary adventure which began with its sequel, Dragon Hunters. But with two phenomenal covers and an incredibly intriguing premise, it wasn’t long before I fell under its spell and into a world of power struggles, rising tides and deadly dragons.

In a narrative which can essentially be read as a standalone novel, Dragon Hunters conjures up a vibrant and magical world where deadly assassins stalk the streets and terrifying dragons rule on the high seas. With a sprawling cast of seafarers, mages and the strong arm of the law, Marc Turner has created an absorbing, creative and entirely unique world on which to enact this intricate drama  – a drama which had me on the edge of my seat from start to finish.

The sequel to When the Heavens Fall features gritty characters, deadly magic, and meddlesome gods.

Once a year on Dragon Day the fabled Dragon Gate is raised to let a sea dragon pass from the Southern Wastes into the Sabian Sea. There, it will be hunted by the Storm Lords, a fellowship of powerful water-mages who rule an empire called the Storm Isles. Alas, this year someone forgot to tell the dragon which is the hunter and which the hunted.

Emira Imerle Polivar is coming to the end of her tenure as leader of the Storm Lords. She has no intention of standing down graciously. She instructs an order of priests called the Chameleons to infiltrate a citadel housing the mechanism that controls the Dragon Gate to prevent the gate from being lowered after it has been raised on Dragon Day. Imerle hopes the dozens of dragons thus unleashed on the Sabian Sea will eliminate her rivals while she launches an attack on the Storm Lord capital, Olaire, to secure her grip on power.

But Imerle is not the only one intent on destroying the Storm Lord dynasty. As the Storm Lords assemble in Olaire in answer to a mysterious summons, they become the targets of assassins working for an unknown enemy. When Imerle initiates her coup, that enemy makes use of the chaos created to show its hand.

As mysterious earthquakes threaten to send Olaire under the sea, the Storm Lord capital marches on in earnest with its Dragon Day traditions. Once a year when the Dragon Gate is raised, one of the great sea serpents is allowed to pass into the Sabian Sea as the great and (not often) good of the lands gather to participate in the momentous hunt.

But this year marks the end of Emira Imerle Polivar’s tenure as leader of the Storm Lords, a tenure she is not willing to leave quietly. As dangerous Chameleon Priests vie to wreak havoc on the Dragon Day celebrations, and merchant seafarers, mysterious prisoners and powerful mages are caught up in the machinations of the Storm Lords, this is one day which is sure to change the course of history forever.

The world depicted in Dragon Hunters is one ruled by the sea. With islands, harbours, and the cities themselves falling to the steady rise of tides, Marc Turner has created a stunning seafaring world where not even the twisted alleys and decaying architecture of Olaire, the Storm Lord capital, are safe from the ever encroaching seas. In a narrative which revels in sumptuous description and phenomenal action, the intricacies of this world are strung out on a tightly woven plot which only benefits from this supremely well-imagined landscape.

As the flooded districts of Olaire become home to less salubrious characters, the narrative winds through this evocative urban landscape giving chase to assassins, uncovering treacherous plots and doing bloody battle against enemies unknown. But whilst the cityscape is undoubtedly impressive, it is the sheer power and brute force of the titular dragons of this tale who provide some of the most stunning moments. Captured in action-packed prose and descriptive detail, these monsters of the deep are tireless and destructive predators, great sea serpents who provide a deadly and unpredictable enemy in this antagonistic tale.

Dragon Hunters is undoubtedly a tale where enemies abound, playing host to an extensive cast of characters whose personalities vie for attention as the complex narrative unfolds. With perspectives from Chameleon Priests, battle-hardened warriors and the all-powerful Storm Lords, these characters create a detailed picture of a world which is always on the brink of action. From the enigmatic Mazana Creed to the scheming Imerle Polivar, from the long-suffering Septia Kempis Parr to the dangerous but naïve Karmel Flood, Dragon Hunters details an impressive assortment of personalities who drive the story along at a relentless pace.

Dragon Hunters is a complex and intricate tale which forms a world which is breathtakingly real. Turner’s command of the narrative and well thought out plot distinguishes the many characters caught in its web and allows the myriad threads of the tale to break apart and come together in frequent and spectacular style. In a torrent of evocative language, generous description and unimpeded action, Marc Turner doesn’t drop the thread once, creating a spellbinding and fully fleshed out world which layers intrigue upon intrigue and leaves me in great anticipation for the next instalment.

If you’re looking for a unique and captivating world, and are undaunted by a sprawling cast of characters and a complex narrative, then Dragon Hunters is certain to impress. Marc Turner has succeeded in blowing me away with this sumptuous and intricate world and his incredibly compelling writing style. This might be the second book in the Chronicles of the Exile, but I’m certain that it won’t be long before I’ve read and devoured When the Heavens Fall in eager expectation of the third in the series.

Welcome to The Monthly Round-Up. Join me as I look back on the past month to see which books I’ve read, the reviews I’ve posted, the goals I’ve completed and my all important Book of the Month!

February has flown by in a torrent of amazingly bloody, beautiful and brilliant books. I only managed a respectable eight but every single one of them was fantastic – I expect that there won’t be less than a four star review amongst them! I may have completely ignored my goals of the month but never mind! February was a blast. It also featured a book so good it required its own rating!

Here’s the run down of the books I devoured last month:

The Tiger and the Wolf by Adrian Tchaikovsky

The Palace Job by Patrick Weekes

Promise of Blood by Brian McClellan

The Grim Company by Luke Scull

The Copper Promise by Jen Williams

To finish NOS4R2 and Emma before the month is out!

Status: Incomplete (I haven’t even picked one of them up!)

And to really challenge myself to be organised…

Promise of Blood by Brian McClellan 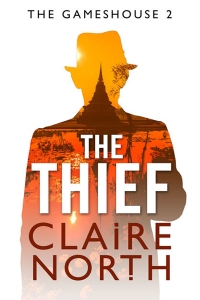 The Thief by Claire North 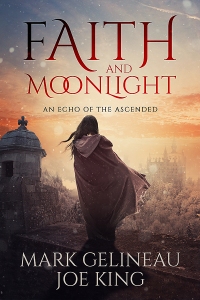 Faith and Moonlight by Mark Gelineau and Joe King

The Tiger and the Wolf by Adrian Tchaikovsky

The Long Way to a Small, Angry Planet by Becky Chambers 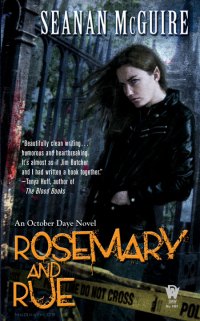 Rosemary and Rue by Seanan McGuire 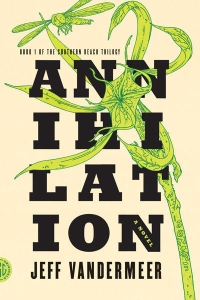 | Other Posts From February |

The Month Ahead: February 2016

Teaser Tuesdays: February 23 – A Fever of the Blood by Oscar de Muriel

The Friday Face-Off: February 05 – The Emperor’s Blades by Brian Staveley

The Friday Face-Off: February 12 – The Thousand Names by Django Wexler

The Friday Face-Off: February 26 – The Name of the Wind by Patrick Rothfuss

Book Haul: February 08 – Drake, Servant of the Underworld and The Crimson Ribbon

Book Haul: February 13 – The Rats, The Folding Knife and The Electric Church

Book Haul: February 23 – The Raven’s Head, And Then There Were None and Ink and Bone

As soon as I saw the stunning covers for Marc Turner’s Dragon Hunters, a book which has a premise just as captivating as its wrappings, I knew this second novel in The Chronicles of the Exile belonged at the top of my to-read list – and that it had to feature on The Friday Face-Off.

Published by Titan in the UK and Tor / Forge in the US, we have two incredibly evocative pieces of artwork to ogle. With both covers capturing the drama and scale of this imaginative work of fantasy, this week’s face-off is sure to prove a tough choice. Take a look and see which cover comes out on top.

“Wow, that is stunning! I saw some pencil sketches of the cover a few months ago, but kudos to Greg Manchess for producing a final image that really captures the drama and threat of the book. I love how the waterline view makes the dragon loom higher. I also love how the creature seems to be staring at you rather than at the unfortunate souls on the ship. Hard to believe, looking at that cover, that the dragon is the one that’s being hunted. Perhaps someone should remind the creature of that fact.” 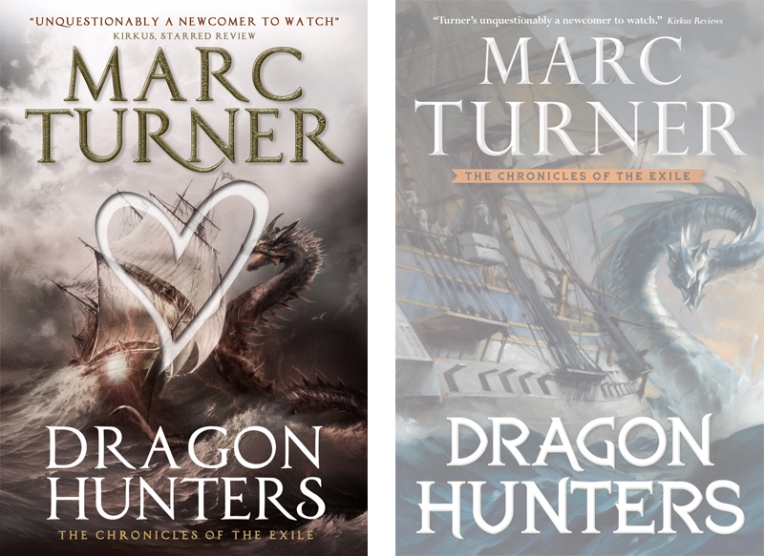 Both of these covers are ridiculously stunning and highlight one of the most appealing aspects of this book – the sea serpents! Whilst both the UK and the US cover capture two wonderfully dynamic images of dragons intent on dealing some damage on the high seas, both offerings remain distinct in their style and excecution.

However, despite the wonderful artwork of Greg Manchess, this week’s face-off has to go to Titan’s UK cover. The colours and lighting which play across the stormy skies and seas are so dramatic and so eye-catching that they bring out my inner magpie at just a glance. Plus, that is one awesome looking dragon. Titan? More please!

Which cover wins your vote this week? And stay tuned for the upcoming review!

From Friday 11th March, The Friday Face-Off will be a weekly meme! Each week will follow a loose theme – which should of course spark a veritable cornucopia of visual delights – just post and compare your favourites from across the globe and link back to that Friday’s post.

The master list is currently being compiled and will be posted in the next few days. If there are any themes you are eager to see just drop me a comment or message! Happy cover hunting bookworms!