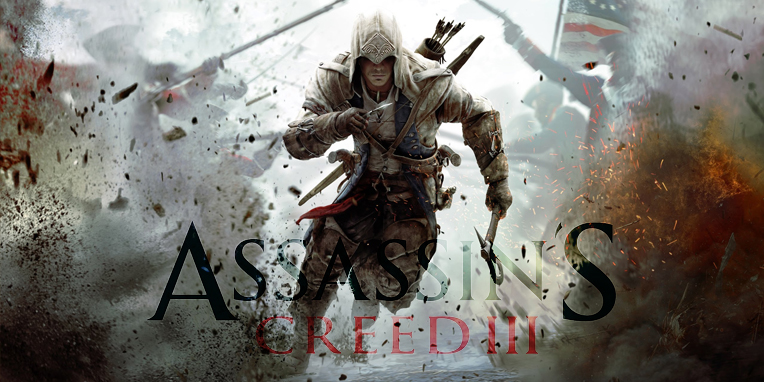 The Way of Shadows by Brent Weeks

Another day, another foray into the world of Assassin’s Creed. The soundtrack for Assassin’s Creed III, composed by Lorne Balfe, is a fantastic stand-alone album comprised of action-packed orchestral numbers, tense synths, sweeping string and soaring woodwind pieces which, nevertheless, sits well within the ever expanding AC catalogue. This is a soundtrack which gets better with every listen and provides an utterly thrilling and incredibly atmospheric backdrop to reading.

Those who love an action filled soundtrack will not be disappointed. Nearly every track picks you up and throws you along on a riot of non-stop action and, other than my top track in this category, Trouble in Town, The Battle of Breed’s Hill and Battle at Sea really stand out. Not to mention, anyone up for a bit of an Irish Jig have Fight Club and Beer and Friends to sample.

Assassin’s Creed III is not without a good dose of tension either, and though there is a tense undercurrent to many of the tracks, some pack more of a punch than others. Although I’m usually a fan of subtle tension, Eye of the Storm had me on the edge of my seat. It’s an almost overwhelmingly tense track, faintly discordant and brimming with action and movement. I defy anyone to listen to it without feeling that knot of tension build up inside.

This soundtrack is not without its slow, gently soaring moments either; tracks filled with emotion, tracks whose subtlety is perfect for those quiet moments. An Uncertain Moment and Speck of Dust are firm favourites in this category and the use of woodwind in Connor’s Life, Through the Frontier and Homestead create moments in which time stands still; incredibly beautiful and wonderfully contrasting when compared to the pace of the rest of the soundtrack.

The AC soundtracks may all be different, they are the work of many different composers after all, but they retain a consistently high standard which capture real emotion, danger and tension. The soundtrack for Assassin’s Creed III may not be as thematically strong as its counterparts but every listen surprises me, every time it gets better. It’s certainly one I intend to return to time and time again. 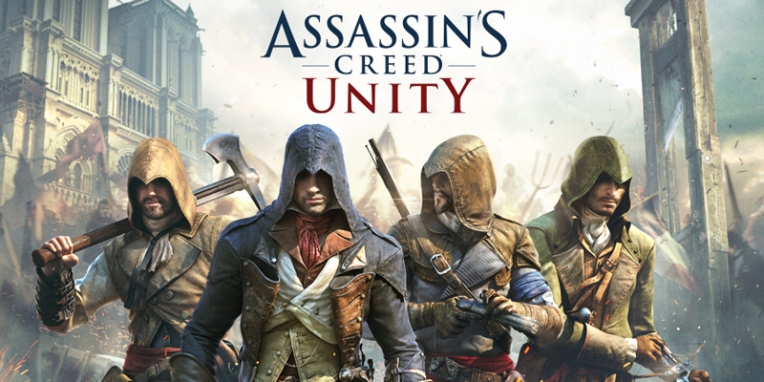 An action-packed historical or fantasy adventure

Last week’s Bookish Beats post sank into oblivion after a wonderful weekend away at the Liverpool International Music Festival – I think I can class that as research, right? This Sunday’s post may have gone the same way (hello glamping weekend) but hurrah! I remembered and scheduled it early! Don’t fail me schedule! If you’re a regular reader you might also notice a slightly different look to this post; in an attempt to be more tablet and phone user friendly I’ve changed the layout around to avoid (m)any dodgy text placements!

This week’s Bookish Beats features the Assassin’s Creed Unity Soundtrack. I have big love for game soundtracks and those of the Assassin’s Creed franchise in particular. They make some pretty damn good music. So good, in fact, that I would have a hard time choosing a favourite. With three new composers on-board, Unity is no exception; a long and comprehensive soundtrack, it combines brooding atmospheric pieces with heart thumping action tracks which truly enhance the reading experience.

The complete soundtrack is made up of three volumes, each of which is by a different composer, all of whom bring a unique and brilliant component to the score. Chris Tilton’s lengthy volume is saturated in tension and arguably has the best action tracks; Sarah Schachner captures the unique combination of sci fi and history with beautiful baroque string compositions underlined with modern synths; and Ryan Amon’s tracks resonate with tension and atmospheric ambience. Choosing favourites is always hard but this soundtrack was particularly difficult, though it did mean I could listen to it repeatedly!

I always find game soundtracks an excellent accompaniment to books, they’re rarely intrusive to reading and often add to the dramatic tension. Assassin’s Creed Unity is a wonderful example; you can feel the stealth, the tension and the intrigue in almost every track and you have three stylistically different but complimentary volumes to choose from. Every time I listen to this soundtrack I am instantly transported back to the world of A Darker Shade of Magic and I cannot wait to listen to it with another book. 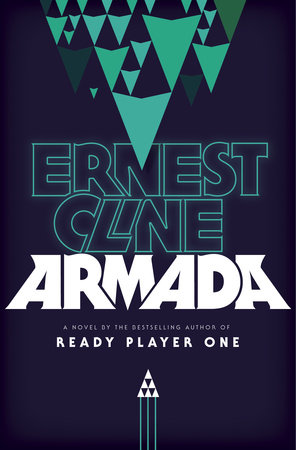 I admit it, I’ve never read Ready Player One. In fact I’d never so much as heard of Ernest Cline *gasp* before Armada hit the shelves. So, when I received a copy of this book for review, I really didn’t know what to expect. Oh it sounded good, nay, awesome! – Science fiction you say? And it has aliens? And rock music?! And it pretty much revolves around video games?!! Well if you hadn’t already sent me the book, take my money! Open. Read. Done! This book left me excited, it left me wanting more… but it also left me a teensy bit disappointed.

Armada follows the story of Zack Lightman, a teen from a small town with a penchant for referencing as many brilliant things as possible. But Zack is an addict and spends all his free time playing Armada, an alien combat based flight sim.

Night-time raids were going along swimmingly until an alien ship straight out of the game comes crashing down into the school grounds. Concerned for his mental health, Zack escapes the classroom and vows to take a break from gaming (which lasts all of about ten minutes).

But when an Earth Defence League ship lands in the school car park, Zack discovers there’s more to this universe than he ever imagined. He soon finds himself immersed in a world of conspiracy theories and government secrets, with a fleet of alien drones to boot. The fate of humanity is resting on your shoulders, gamers. What could possibly go wrong?

Armada is so much fun. It sucks you in and bombards you with geek reference overload. Cline doesn’t shy away from using them as metaphors, for dialogue, for plot twists… for just about anything really. And it works! If you are a fan of video games and sci fi books and movies, then it’s quite likely Armada will float your boat. If you were that kid at school, daydreaming, staring out of the window and waiting for Gandalf to knock his staff against the glass or for say…. a spaceship to land right in the school grounds, then look no further.

Zack is a great protaganist, full of teen angst but balanced out by his ready humour (and brilliant taste in everything… except Lucky Charms). His motivations are well developed and his narrative is snappy, carrying you along straight to the conclusion. Armada is also incredibly easy to relate to – the world is ours, the references are ours and if you like to daydream you may have even pictured this whole scenario. Armada really is pure entertainment, but…

I did feel a little disappointed in places. There is nothing truly ‘bad’ about this book but there are parts which could have been tighter and which could have done with some development and fleshing out. The plot really succeeds when it gets to the action but I would imagine those who either tire of or don’t ‘get’ the references getting a bit bored during the former part of the book.

The cast of characters provide a great backdrop for Zack to interact with but, despite their little quirks, somehow fell a little flat. By the end of the book I honestly didn’t care about half of them. Cannon fodder. Though the writing style is snappy and to the point, I would have preferred a little more depth. Everyone is just sucked into the action with little to no resistance – cardboard people sucked into a vacuum – which made it fall a little short of what I would expect for a 4 star book. But, despite my misgivings and occasional nitpicking, I was still really enjoying it…

And then the ending happened. Hmmmmmm… goodbye half a heart shaped star. I really did enjoy most of this book but the ending was a let down and the plot develops in, what seemed to me, a highly unnecessary way. It all just seemed like a bit of a cliché, like something I would see a the end of an ‘ok’ sci fi movie and yes, it was a little bit cheesy. But we can’t have it all.

Having said all that, Armada is a very easy and absorbing read. It’s full of wit and humour, it doesn’t take itself too seriously and provides entertainment by the spadeful. If you’re looking for mind blowing science fiction, this isn’t it. But if you’re looking for something entertaining, something that will make you laugh and which is littered with science fiction goodies, then Armada could be the book for you. It certainly hasn’t put me off getting my hands on Ready Player One.