This Tuesday’s Top Ten will be looking at those homicidal inanimate objects that wreak havoc throughout fantasyland – much to the displeasure of many a protagonist. Whether artifacts of power, deadly weapons or household ornaments, these items will always endeavour to corrupt, maim and destroy.

The Dresden Files by Jim Butcher

“The Blackstaff itself pulsed and shimmered with shadowy power, and I got the sudden sense that the thing was alive, that it knew its purpose and wanted nothing more than to be used, as often and as spectacularly as possible.”

The Blackstaff is a wizard’s staff which appears to have a conciousness of its own and amplifies any act of black magic. It is wielded by a wizard occupying the position of Blackstaff of the White Council and protects the user from the backlash usually associated with black magic. If you like rocking the creepy black vein look, this is the staff for you! 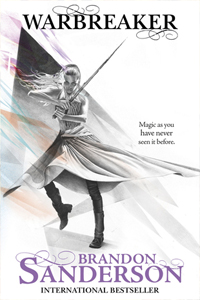 “You didn’t use me much, Nightblood said, sounding hurt. You could have used me. I’m better than a shirt. I’m a sword.”

Nightblood is a sentient sword created to destroy evil. Except Nightblood is a sword and has no concept of what evil actually is. This results in the wielder being subjected to constant urgings to kill, slash, stab and destroy amongst innumerable snarky comments.

The Lord of the Rings by J.R.R. Tolkien

“It was hot when I first took it, hot as a glede, and my hand was scorched, so that I doubt if ever again I shall be free of the pain of it. Yet even as I write it is cooled, and it seemeth to shrink, though it loseth neither its beauty nor its shape. Already the writing upon it, which at first was as clear as red flame, fadeth and is now only barely to be read.”

~ The Lord of the Rings by J.R.R. Tolkien

Ahh the ultimate malevolent evil. The One Ring was created by Sauron to gain dominion over all the free peoples of middle earth and has the power to corrupt all those who wear it – the more powerful the bearer, the more powerful they could become. The One Ring exhibits sentient qualities which allow it to abandon its current bearer at opportune moments and to manipulate those who find the Ring to take it up.

“Rincewind watched it sourly. The Luggage had an elemental nature, absolutely no brain, a homicidal attitude toward anything that threatened its master, and he wasn’t quite sure that its insides occupied the same space-time framework as its outside.”

~ The Colour of Magic by Terry Pratchett

The Luggage is half suitcase, half homicidal maniac. Capable of moving at astonishing speed, it is fiercely defensive of its owner, completely homicidal by nature and will consume anything that crosses its path with its big square teeth and pulsating tongue. It’s also not half bad as a suitcase. 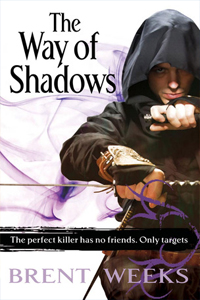 “The ka’kari was rolling across the floor coming toward him. It wobbled as it rolled and when it climbed up his boot and dissolved into his skin, [he] felt a rush of power.”

~ The Way of Shadows by Brent Weeks

The Black Ka’Kari is a magical item which bestows upon its bearer immortality, invisibility and extreme magical power. Known as ‘The Devourer’, it can devour almost anything, from the most powerful magic to your mother-in-law.

“It’s the symbol for magic,” he said. “Vitari.” “A magic stone called ‘magic’? Not very original. What does it do?”

~ A Darker Shade of Magic by V.E. Schwab

The Black Stone is a source of pure magical power which can only have come from the sealed and effectively quarantined Black London. The stone is an ultimate corrupting and destroying force which is sought by and seeks evil, and is yet another magical item which allows one to rock the black veiny look.

“Even if one’s body is attacked or destroyed, one cannot die, for part of the soul remains earthbound and undamaged. But of course, existence in such a form…few would want it, Tom, very few. Death would be preferable.”

~ Harry Potter and the Half Blood Prince by J.K. Rowling

Ahh the Horcrux, an artifact in which a dark witch or wizard can hide a piece of their soul; an artifact which can only be created by the ultimate act of evil – murder. Not only is a Horcrux inherently evil (splitting your soul is a big no no), but the fragments of the soul within the Horcrux can think for themselves, influence others and possess a last line of defence against impending destruction.

The Elric Saga by Michael Moorcock

“Farewell, friend. I was a thousand times more evil than thou!”

Stormbringer is a malevolent sword, or demonic runeblade to be precise, with a will of its own and a thirst for blood. Stormbringer endeavours to take over the one who wields it whilst feasting upon the souls of those who are unfortunate enough to be stuck by its pointy end. A definite hit at parties. 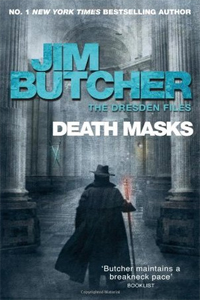 The Dresden Files by Jim Butcher

“There was a glitter of orange-red light, the sigil vanished, and something clinked on the asphalt. A silver coin a little smaller than a quarter rolled away from the man’s head, bounced against my foot, and then settled on the ground”

The Blackened Denarii are thirty pieces of silver, each of which is bound to a particular Fallen Angel from The Order of the Blackened Denarius. These coins have a nasty habit of falling into the path of unsuspecting men, women, children and wizards, tainting those who touch them and tempting them with power. Those who take up the coin can draw on the Fallen’s power and are more than likely to be wholly corrupted.

“It called out to something deep in the soul. Hold it in your hand, and you had power. More power than any bow or spear – they just stored up your muscles’ power, when you thought about it. But the gonne gave you power from outside. You didn’t use it, it used you.”

~ Men at Arms by Terry Pratchett

A firearm with a difference. Anyone who picks up the Gonne will hear its voice penetrating their mind which consequently turns them into an utterly power-hungry, incredibly homicidal, and thoroughly scruple-less maniac.

Do you have a favourite malevolent artifact or weapon? If you would like to join in with Top Ten Tuesday, head on over to The Broke and the Bookish and sign up!