The House of Shattered Wings

A superb murder mystery, on an epic scale, set against the fall out – literally – of a war in Heaven.

Paris has survived the Great Houses War – just. Its streets are lined with haunted ruins, Notre-Dame is a burnt-out shell, and the Seine runs black with ashes and rubble. Yet life continues among the wreckage. The citizens continue to live, love, fight and survive in their war-torn city, and The Great Houses still vie for dominion over the once grand capital.

House Silverspires, previously the leader of those power games, lies in disarray. Its magic is ailing; its founder, Morningstar, has been missing for decades; and now something from the shadows stalks its people inside their very own walls.

Within the House, three very different people must come together: a naive but powerful Fallen, a alchemist with a self-destructive addiction, and a resentful young man wielding spells from the Far East. They may be Silverspires’ salvation. They may be the architects of its last, irreversible fall…

The Promise of the Child

Lycaste is a lovesick recluse living in a forgotten Mediterranean cove who is renowned throughout the distorted people of the Old World for his beauty. Sotiris Gianakos is a 12,000-year-old Cypriote grieving the loss of his sister, a principled man who will change Lycaste’s life forever. Their stories, and others, become darkly entwined when Aaron the Longlife—the Usurper, a man who is not quite a man—makes a claim to the Amaranthine throne that threatens to throw the delicate political balance of the known galaxy into ruin.

The Promise of the Child is a stunning feat of imagination set against an epic backdrop ranging from 14th-century Prague, to a lonely cove near the Mediterranean Sea, to the 147th-century Amaranthine Firmament. Toner has crafted an intelligent space opera filled with gripping action and an emotional scale that is wonderfully intimate, a smart and compelling debut that calls to mind the best of Kim Stanley Robinson or M. John Harrison. 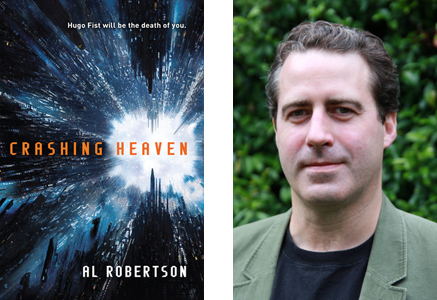 With Earth abandoned, humanity resides on Station, an industrialised asteroid run by the sentient corporations of the Pantheon. Under their leadership a war has been raging against the Totality – ex-Pantheon AIs gone rogue.

With the war over, Jack Forster and his sidekick Hugo Fist, a virtual puppet tied to Jack’s mind and created to destroy the Totality, have returned home. Labelled a traitor for surrendering to the Totality, all Jack wants is to clear his name but when he discovers two old friends have died under suspicious circumstances he also wants answers. Soon he and Fist are embroiled in a conspiracy that threatens not only their future but all of humanity’s. But with Fist’s software licence about to expire, taking Jack’s life with it, can they bring down the real traitors before their time runs out?

A fast-paced, gritty, space-opera based on cutting edge science, perfect for fans of Peter F. Hamilton and Alastair Reynolds.

Roboteer is a hard-SF novel set in a future in which the colonization of the stars has turned out to be anything but easy, and civilization on Earth has collapsed under the pressure of relentless mutual terrorism.

Edinburgh, 1844. Eighteen-year-old Lady Aileana Kameron, the only daughter of the Marquess of Douglas, has everything a girl could dream of: brains, charm, wealth, a title—and drop-dead beauty.

But Aileana only looks the part of an aristocratic young lady. she’s leading a double life: She has a rare ability to sense the sìthíchean—the faery race obsessed with slaughtering humans—and, with the aid of a mysterious mentor, has spent the year since her mother died learning how to kill them.

Now Aileana is dedicated to slaying the fae before they take innocent lives. With her knack for inventing ingenious tools and weapons—from flying machines to detonators to lightning pistols—ruthless Aileana has one goal: Destroy the faery who destroyed her mother.

The last in a line of female warriors born with a gift for hunting and killing the fae, Aileana is the sole hope of preventing a powerful faery population from massacring all of humanity. Suddenly, her quest is a lot more complicated. She still longs to avenge her mother’s murder—but she’ll have to save the world first.

The first volume of a trilogy from an exciting new voice in young adult fantasy, this electrifying thriller combines romance and action, steampunk technology and Scottish lore in a deliciously addictive read. 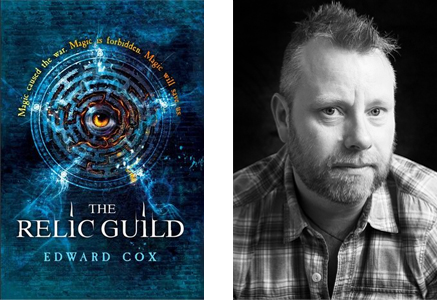 It was said the Labyrinth had once been the great meeting place, a sprawling city at the heart of an endless maze where a million humans hosted the Houses of the Aelfir. The Aelfir who had brought trade and riches, and a future full of promise. But when the Thaumaturgists, overlords of human and Aelfir alike, went to war, everything was ruined and the Labyrinth became an abandoned forbidden zone, where humans were trapped behind boundary walls a hundred feet high.

Now the Aelfir are a distant memory and the Thaumaturgists have faded into myth. Young Clara struggles to survive in a dangerous and dysfunctional city, where eyes are keen, nights are long, and the use of magic is punishable by death. She hides in the shadows, fearful that someone will discover she is touched by magic. She knows her days are numbered. But when a strange man named Fabian Moor returns to the Labyrinth, Clara learns that magic serves a higher purpose and that some myths are much more deadly in the flesh.

The only people Clara can trust are the Relic Guild, a secret band of magickers sworn to protect the Labyrinth. But the Relic Guild are now too few. To truly defeat their old nemesis Moor, mightier help will be required. To save the Labyrinth – and the lives of one million humans – Clara and the Relic Guild must find a way to contact the worlds beyond their walls. 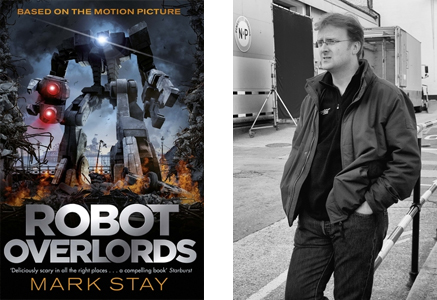 To find his father, one boy must defy an empire…

Three years ago, Earth was conquered by a force of robots from a distant world. They have one rule:

STAY IN YOUR HOMES

Step outside and you get one warning before you’re vaporised by a massive robot Sentry, or a crawling Sniper, or a flying Drone. That’s if the vast Cube doesn’t incinerate you first.

But Sean Flynn is convinced that his father – an RAF pilot who fought in the war – is still alive. And when he and his gang figure out a way to break the robots’ curfew, they begin an adventure that will pit them against the might of the ROBOT OVERLORDS.

Empire of the Saviours

In the Empire of the Saviours, the People are forced to live in fortified towns. Their walls are guarded by an army of Heroes, whose task is to keep marauding pagans out as much as it is to keep the People inside. Several times a year, living Saints visit the towns to exact the Saviours’ tithe from all those coming of age – a tithe often paid in blood.

When a young boy, Jillan, unleashes pagan magicks in an accident, his whole town turns against him. He goes on the run, but what hope can there be when the Saviours and the entire Empire decide he must be caught?

Jillan is initially hunted by just the soldiers of the Saint of his region, but others soon begin to hear of his increasing power and seek to use him for their own ends. Some want Jillan to join the fight against the Empire, others wish to steal his power for themselves and others still want Jillan to lead them to the Geas, the source of all life and power in the world. There are very few Jillan can trust, except for a ragtag group of outcasts.

His parents threatened, his life in tatters, his beliefs shaken to the core, Jillan must decide which side he is on, and whether to fight or run . . . 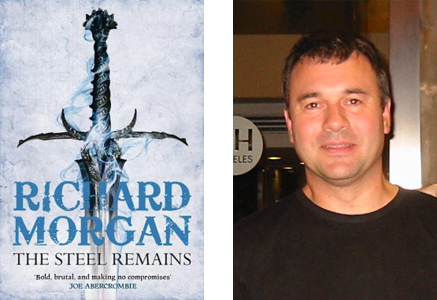 A dark lord will rise. Such is the prophecy that dogs Ringil Eskiath—Gil, for short—a washed-up mercenary and onetime war hero whose cynicism is surpassed only by the speed of his sword. Gil is estranged from his aristocratic family, but when his mother enlists his help in freeing a cousin sold into slavery, Gil sets out to track her down. But it soon becomes apparent that more is at stake than the fate of one young woman. Grim sorceries are awakening in the land. Some speak in whispers of the return of the Aldrain, a race of widely feared, cruel yet beautiful demons. Now Gil and two old comrades are all that stand in the way of a prophecy whose fulfillment will drown an entire world in blood. But with heroes like these, the cure is likely to be worse than the disease.

This is an exceptional, contemporary, heart-breaking novel.

Toby’s life was perfectly normal . . . until it was unravelled by something as simple as a blood test.

Taken from his family, Toby now lives in the Death House; an out-of-time existence far from the modern world, where he, and the others who live there, are studied by Matron and her team of nurses. They’re looking for any sign of sickness. Any sign of their wards changing. Any sign that it’s time to take them to the sanatorium.

No one returns from the sanatorium.

Withdrawn from his house-mates and living in his memories of the past, Toby spends his days fighting his fear. But then a new arrival in the house shatters the fragile peace, and everything changes.

Because everybody dies. It’s how you choose to live that counts.

Have you read any of these books or authors? What’s your favourite debut novel of this year? If you would like to join in with Top Ten Tuesday, head on over to The Broke and the Bookish and sign up!