Welcome to Waiting on Wednesday, a weekly meme hosted by Breaking The Spine. 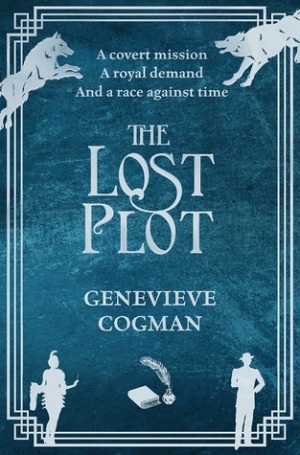 Book Four of The Invisible Library

And a race against time

The fourth title in Genevieve Cogman’s witty and wonderful The Invisible Library series, The Lost Plot is an action-packed literary adventure.

In a 1930s-esque Chicago, Prohibition is in force, fedoras, flapper dresses and tommy guns are in fashion, and intrigue is afoot. Intrepid Librarians Irene and Kai find themselves caught in the middle of a dragon vs dragon contest. It seems a young librarian has become tangled in this conflict, and if they can’t extricate him there could be serious political repercussions for the mysterious Library. And, as the balance of power across mighty factions hangs in the balance, this could even trigger war.

Irene and Kai find themselves trapped in a race against time (and dragons) to procure a rare book. They’ll face gangsters, blackmail and fiendish security systems. And if this doesn’t end well, it could have dire consequences for Irene’s job. And, incidentally, for her life…

To be published by Pan Macmillan on 14th December 2017

7 thoughts on “Waiting on Wednesday: The Lost Plot”