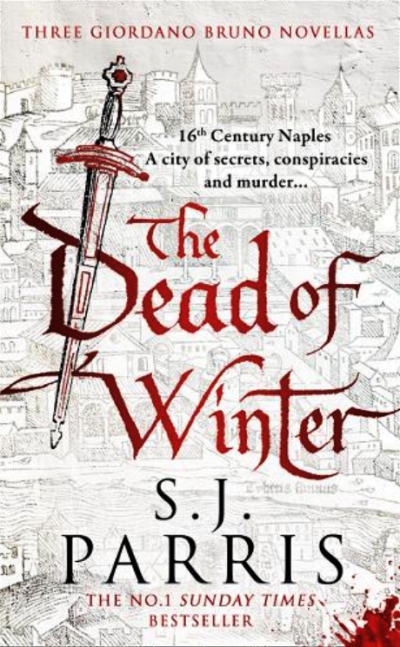 The Dead of Winter

Return to the origins of master spy Giordano Bruno in three gripping tales from No.1 bestseller S. J. Parris.

The Secret Dead
During the summer of 1566, a girl’s body is found within the walls of a Neapolitan monastery. Novice monk Giordano Bruno has a habit of asking difficult questions, but this time his investigations may lose him his place in the Dominican Order – or deliver him into the hands of the Inquisition.

The Academy of Secrets
An invitation arrives from a secret society of enlightened philosophers, led by the eccentric Don Giambattista della Porta. Bruno is captivated – even more so when he meets della Porta’s beautiful niece. But keeping these new heretical secrets soon becomes a matter of life or death…

A Christmas Requiem
When Giordano Bruno is told the pope wants to see him, he fears he may be walking into a trap. The pope is intrigued by Bruno’s talent for complex memory games, but Rome is a den of intrigue, trickery and blood, and Bruno will be lucky to escape the Eternal City alive.

To be published by HarperCollins on 12th November 2020

21 thoughts on “Waiting on Wednesday: The Dead of Winter”